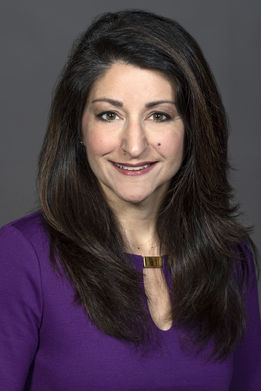 April Kaull is the Director of News for University Relations, overseeing the day-to-day operations of the unit, which is charged with telling West Virginia University’s story.

April joined University Relations in January 2015 after a 20+ year career as a broadcast journalist in West Virginia including vice president of news operations for West Virginia Media, LLC. where she also anchored and served as the executive producer for the company’s nightly statewide newscast. She has received numerous awards from The Associated Press for her work, including “Best Documentary (1998)” and best “Enterprise Report (1997, 1998)” and “Feature Report (1999).” April also earned The Associated Press’ Douglas Southall Freeman Meritorious Award for Public Service Through Television Journalism in 2014.

She graduated from WVU in 1995 with a Bachelor of Science in journalism and in 2016 earned a Master of Science in integrated marketing communications. She has served as an adjunct faculty member of the Reed College of Media for more than 15 years. In 2004, April was recognized with the P.I. Reed Young Alumni Award.

A native West Virginian, April grew up in Harrison County and now calls Morgantown home with her husband Chad. They enjoy exploring the natural wonders of the Mountain State and cheering on the Mountaineers in all sports.