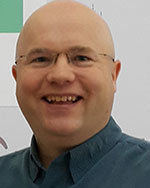 Brad has extensive experience in the radio and recorded music industries. He has worked at many radio stations, including taking over and running the station WXVX following graduation from Pitt. He was the band manager for Rusted Root and The Affordable Floors (among others). He also started his own record labels called Blue Duck and Blue Swan Records. Brad has published extensively in both the popular press and academic journals. Dr. Freeman is a global professor having studied, worked, consulted, and lectured throughout the world. He is delighted to be part of the world-class program at West Virginia University.