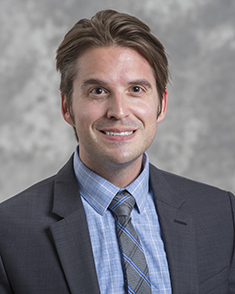 Matt Browning has taught courses in the WVU Reed College of Media since 2009, including Public Relations Writing and Writing for Health Promotion.

With more than a decade of experience in higher education communication, Browning serves as director of communications for West Virginia State University’s Research & Public Service division, where he manages the marketing and branding efforts of WVSU’s research program and extension service. In his role, he has spearheaded the “Extending Knowledge – Changing Lives” integrated marketing campaign, produced and hosted over 50 episodes of the “Extension Matters” television series, and serves as editor of the organization’s publications. He has chaired the communications teams for the 1890 Association of Extension Administrators (AEA) and the Southern Region Program Leadership Network (SR-PLN) and is currently on the Board of Directors for the Association for Communication Excellence.