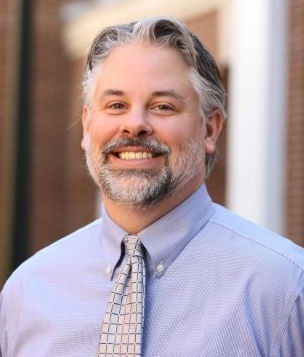 Matthew Miller is a graduate of WVU’s Master of Science in Integrated Marketing Communications (Class of 2009). He has 20 years of sales/marketing experience including more than 17 years in higher education as a recruiter, enrollment manager, and instructor. He is currently the Associate Director of Conservatory Admission at Baldwin Wallace University. At BW, Miller is responsible for the recruitment of students into music related programs offered by the Conservatory of Music, which features the #1 ranked B.M. in Music Theatre program in the country. Prior to joining Baldwin Wallace, Miller was the Dean of Enrollment at The North Coast College (formerly Virginia Marti College of Art & Design) in Lakewood, Ohio, as well as their sister school, the New England Culinary Institute in Montpelier, Vermont. He oversaw all recruitment, retention, and marketing efforts for both colleges and sat on their Executive Boards.

Prior to joining The NCC & NECI, he spent a decade at the University of Virginia where he was responsible for marketing and recruitment efforts for the executive format Master of Science in the Management of IT program. During this time, he enrolled in and graduated from WVU’s M.S. in IMC program. In addition to UVA, he has experience at Tulane University (recruited MBA students until evacuating due to Hurricane Katrina) and University of Charleston (recruited undergraduate and transfer students and taught a first year transitions class). He started his career at KLAX-TV in Shreveport, Louisiana, as an account executive and hosted a morning infomercial/talk show that featured local entrepreneurs.

Miller's undergraduate degree is in telecommunications with minors in theater and film from Ohio University. He continues to dabble in the entertainment industry and was recently an extra in the upcoming Matthew McCaughey film “White Boy Rick” scheduled for release this September.

In addition to his professional pursuits, he is an avid Cleveland sports fan and an entertainment trivia buff. But his true passion is his family of five, including three kids (ages 14, 5, and 3) and a wonderfully supportive wife that helps him keep everything in perspective.