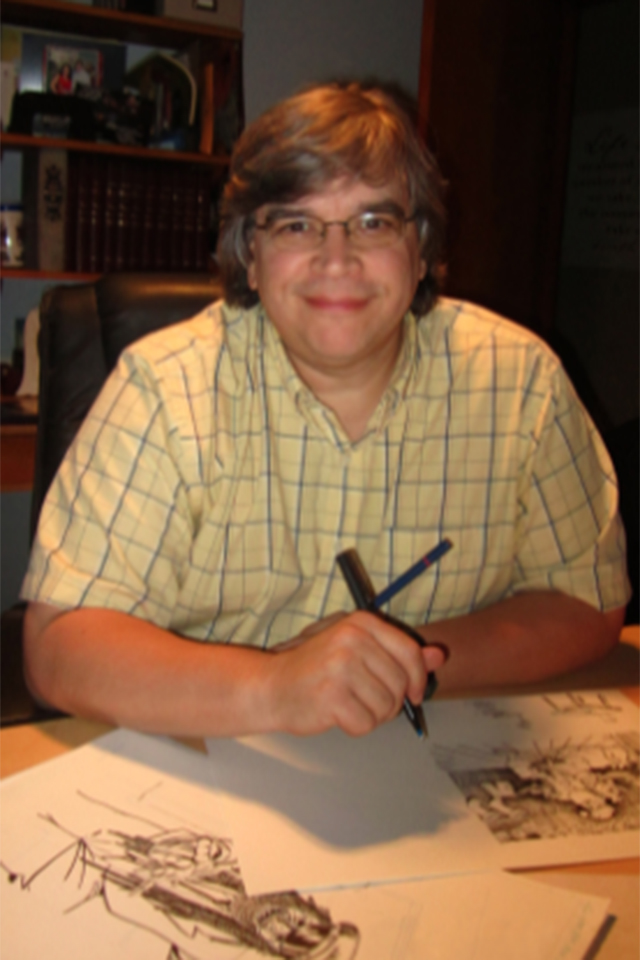 Inspired by his Grandfather, he started drawing at the age of 4. Stalnaker's professional career began during his senior year at West Virginia University with WVPBS for 15 years. Currently a Motion Graphics Artist at WVU, he is among a team that produces the University’s national advertisements, holiday cards, and originally did the first animation for the Coliseum and Stadium.  Also, for WVU he illustrated the book Musket's Big Adventure and animated Pete the PRT. He currently teaches Editing, Photoshop, After Effects, Illustrator and 3D Animation at the George Romero's Filmmaking Program at the Douglas Educational Center in Monessen, PA.

In 2001 Stalnaker animated and co-produced the award winning The Griffin and the Minor Canon for WVPBS which features the voices of an all-star West Virginia cast. The Griffin has won the Best of The Best Award for local PBS programming, was shown at the 2002 Los Angeles Short Film Festival, was the winner of a 2002 West Virginia Filmmakers Film Festival Award and nominated for a regional Emmy. Stalnaker has collected many awards throughout his 35-year career as well as being a guest lecturer, conference speaker, limited edition prints, portfolio judge, writer and a WEBBY Award recipient. And has a busy freelance schedule since High School.

In March 2013, an exhibit of his lifelong growth as an artist was displayed at the Monongalia Arts Center galleries (and again in December 2013 in his hometown of Elkins WV at the Randolph County Arts Center).  The multi-media art show was appropriately titled 50/50 – 50 pieces from 50 years.

He loves the creative process and enjoys taking raw material (ideas and data) and turning that material into a visual medium. Looking through a lens, painting, pen and ink, directing a scene, building a set or a web page, motion graphics, and writing are all the same to him. He prides himself on having graduated from college before personal computers, thus having to learn and master each new software program on his own. He has dealt with (and continues to grow with) new media and digital media his entire career.