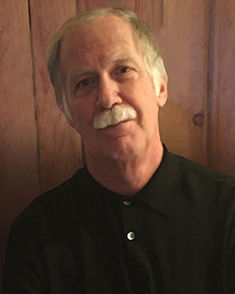 Steve Montgomery is a WVU graduate with a Bachelor of Fine Arts.  He has worked the majority of his adult life in the creative department of NYC ad agencies. After graduating from WVU, Montgomery started his career at J. Walter Thompson, working in the agency “Bull Pen” doing mechanical work for art directors and learning the importance of print production. At night, he studied at the School of Visual Arts and put together an advertising portfolio of several speculative ad campaigns. His  new portfolio landed him a job at Young & Rubicam. His work improved, he worked long hours on national accounts and began producing award-winning advertising.

Six years later, he was hired by Scali McCabe Sloves.  The agency was driven by great creative work and two of founding partners were members of the Advertising Hall of Fame. The agency work was the talk of the ad industry and recognized nationally and internationally. They created advertising campaigns that put brands like Perdue Chicken, Volvo Cars of North America, Maxell Tapes and others on the map. Montgomery's  work flourished there and was recognized in every advertising award show: One Show, Communication Arts, Art Directors, CLIOS, Cannes, D&AD, etc.

During this period of time, Montgomery taught advertising classes at The School of Visual Arts for three years at night. From 2001 to 2008, he taught ad classes at Syracuse University. The ad design program was listed by CMYK Magazine as one of the top six programs in undergraduate schools in the country. HIs senior branding class won the highly coveted Chancellor’s Award of Excellence for a TV and print campaign for Syracuse Police recruitment. It increased recruitment by 66%.

A recent issue of Lurzer’s Archive Magazine produced a special issue on the best ad campaigns from the past 25 years. Montgomery's Volvo “Replacement Parts” campaign was part of the work that was recognized.