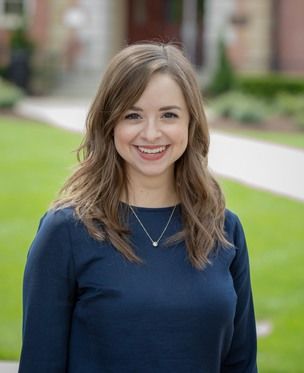 Ashton Marra joined the Reed College of Media in August of 2018. She teaches a variety of journalism courses, including written and visual media with an emphasis in social media video production.

Ashton also serves as the executive editor of 100 Days in Appalachia, a digital news publication incubated in the Reed College and published in partnership with West Virginia Public Broadcasting and the Daily Yonder at the Center for Rural Strategies, where she manages a team of freelance producers and editors across Appalachia.

Ashton came to the college with nearly a decade of professional experience in both public and commercial media newsrooms in New York City, Ohio and West Virginia, and her reporting has appeared nationally on NPR and PBS, as well as Good Morning America, where she worked as a producer covering major stories like the 2012 Aurora, Colorado, shooting and the summer Olympics. She also served as the assistant news director for the statewide public television and radio network in West Virginia and as its lead political reporter, hosting and producing the network's flagship television program The Legislature Today. While working in public media, Ashton was also the producer and host of a number of radio programs as well as original podcasts. She was twice named the Associated Press of the Virginias Best Reporter.