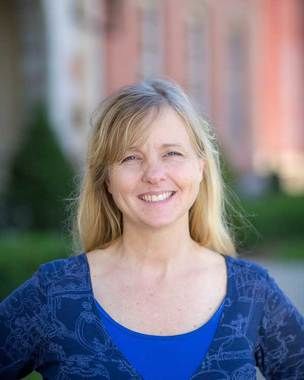 Dana Coester is a professor at the WVU Reed College of Media and creative director for the College’s Media Innovation Center. Coester also serves as editor in chief for the collaborative media outlet 100 Days in Appalachia.

Coester’s work has focused on technology and community media with special interests in audience building and new economic models for sustaining journalism. Her research and creative work has included experiments in immersive documentary storytelling, and she is currently producing a documentary film on being Muslim in Appalachia, and the film Raised by Wolves, a documentary on the risks to youth exposed to weaponized mis/disinformation in social media and online gaming. Coester also leads research on the platforms, processes and prevention of domestic extremism on and offline in the region. Coester earned her master’s degree in journalism from the University of Missouri-Columbia.