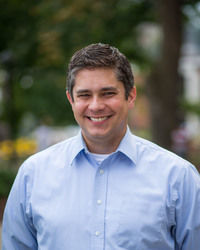 Director of Student Careers and Opportunities

Eric Minor (BSJ, 1995, MS IMC, 2014), an award-winning television anchor and multimedia journalist, joined the College in June 2013 as its first Director of Student Careers and Opportunities.

The 18-year veteran of television news oversees the College’s internship and practicum programs, which seek to complement a student’s classroom experience with critical real-world experiential learning at some of the world’s leading media companies. Minor also assists with the College’s mentorship program and provides career placement assistance to students and graduates looking for their first job.

His reporting career has taken him from the White House pressroom to the sidelines of the Super Bowl. He regularly grilled state, local and federal lawmakers and newsmakers on the public affairs program “One on One with Eric Minor” and was the principal anchor for WTOV-TV’s newscasts.

Minor worked as an anchor/reporter/producer for WBOY-TV in Clarksburg, W.Va., after graduating from the P.I. Reed School of Journalism and then embarked on a 17-year-long career with Cox Media Group and WTOV-TV in Steubenville, Ohio/Wheeling, W.Va. During his tenure at WTOV, he also did freelance work for WPXI-TV in Pittsburgh, Pa.

Minor credits his professional successes to classroom and internship experiences at the College of Media and looks forward to helping current and future students take the full advantage of an outstanding career-building program.