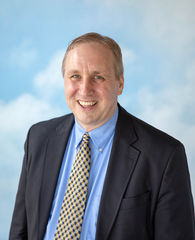 His research focuses on further developing the theoretical foundation of the emerging field of public interest communications (PIC) – using strategic communications to advance social causes. A leading expert on the topic, he has published a number of book chapters and papers on the topic, as well as given various conference presentations including a TED-style frank talk.

Dr. Fessmann brings more than 15 years of public relations agency experience to his research and teaching. These include serving as International Business Coordinator of a major international public relations agency. As Managing Partner of the PR & events agency Kennzeichen F he organized 178 national events in Germany. Furthermore, as CEO of Fessmann Concept he ran his own public relations and management consultancy for 12 years, working for various German federal ministries, NGOs and Fortune 500 companies.

He is the recipient of the University of Florida Outstanding International Student Award 2015-2016, as well as the 2016-2017 Julie Dodd Teaching Excellence Award of the University of Florida College of Journalism and Communications. In 2010, he received the Community Service Award of the City of Berlin-Spandau (Germany) for his three-year pro-bono work on the social pilot program “Familie im Zentrum (FiZ)”, a multi-generational project that paired up senior citizens with parents of young children to create support structures similar to traditional extended families.

Other publications (on Jewish/Holocaust history):

Citations / In the news: