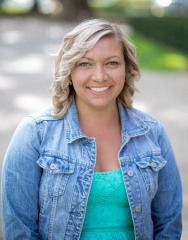 Whitney Godwin is responsible for recruiting high school and transfer students to the WVU Reed College of Media. Godwin is constantly looking for high schools that show great promise in journalism and new media.

Godwin served as the television journalism graduate assistant while completing her Master’s degree at WVU. Prior to coming to the College of Media, Godwin worked as a videographer and editor with the National Institute for Occupational Safety and Health. She has also worked in video production with Mountaineer TV and has produced several freelance video projects for the University.

Godwin is a native of Flatwoods, West Virginia. She is a former WVU Feature Twirler with the Pride of WV, The Mountaineer Marching Band. She received her bachelor’s degree and a master’s degree in journalism from the WVU Reed College of Media.