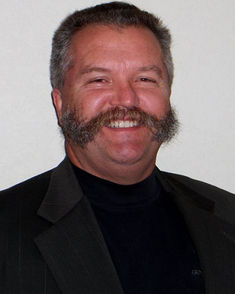 Alan Christopher has not yet decided what he wants to be when (and if) he grows up. He and his family live in Austin, Texas, the live music capitol of the world. His company, DAC Marketing, is primarily engaged as a manufacturer’s representative in the promotional products industry in the Southwest.

Alan earned two Bachelor’s degrees from Rice University in Houston, Texas, and did graduate work in the MBA (abt) program at Baylor University in Waco, Texas. He received a M.S. in Marketing and a Graduate Certificate in Social Media Marketing from Southern New Hampshire University. He completed his Ph.D. in Business from Northcentral University with a concentration in Marketing.

As a speaker and trainer, he does several seminars on different business topics each year and does small business consulting and sales training for clients on advertising, branding, marketing, management, computer technology, integrated marketing communications, social media and e-commerce. As a manufacturer’s rep, Alan has helped his suppliers grow their business with increasing sales and new marketing expansion throughout the Southwest using many of the skills he teaches his customers.

Professionally, he earned his industry’s (PPAI) highest designation, the Master Advertising Specialist (MAS), in 1993. He has authored many articles in industry publications on promotional products, technology issues, social media, relationship marketing and advertising and promotions.

Within his professional industry, he has six times been named Promotional Products Association International Speaker of the Year, South Central Region. In 1996, PPAI honored him with the 1996 Veteran Facilitator Award. PPAI bestowed its highest honor on Alan, the Distinguished Service Award in 2002. In 2012, he was named Promotional Products Business magazine Rep of the Year. He was recognized in the inaugural PPAI Fellowship program in 2014.