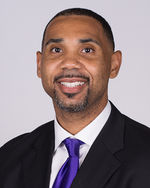 Dustin Barnes, APR, serves as the Communications Coordinator for the North Little Rock School District. As the principal spokesperson for the district, Barnes serves on the executive leadership team and oversees strategic communication efforts on behalf of the district and its nearly 9,000 students and 1,500 employees. Barnes views himself as the district’s storyteller as he positively promotes how students are challenged in the classroom and in extracurricular activities to become global leaders and thinkers.  Having a passion for education and young people, Barnes finds himself perfectly positioned to motivate today’s youth by crafting a narrative that encourages students to achieve their career aspirations.

Before joining the North Little Rock School District, Barnes was the Assistant Communications Director for the Arkansas Department of Career Education. In that role, he was responsible for developing and implementing communications programs that highlighted the agency and its four divisions. He also served on the agency’s Employee Engagement Team, and he counseled senior managers on ways to improve relationships with staff members.

Barnes’ career in communications began as a television news reporter, informing viewers while at stations in Monroe, Louisiana; Jackson, Mississippi; and Little Rock, Arkansas. His reporting allowed him to tell a plethora of stories, ranging from crime to education. His investigative skills won him recognition from the Society of Professional Journalists (Arkansas Chapter), winning first place for “Continuing Coverage.” His series of reports on the disappearance of a Pine Bluff teenager prompted authorities to search for clues in areas which had not been previously explored. Barnes was featured on TVOne’s Find Our Missing, where he discussed his investigative work on the disappearance of the teenager. In addition, he has served as a contributor for the ID Network for a murder case that he covered. In addition, the Mississippi Associated Press saluted Barnes for his reporting while working in the state.

Barnes believes in professional development and networking, which is why he holds membership in the Public Relations Society of America and the National School Public Relations Association. He has earned the Accredited in Public Relations (APR) credential, the gold standard in the public relations industry that indicates a practitioner has demonstrated broad knowledge, experience, and ethical judgment to strategically practice the profession. He is also a member of Alpha Phi Alpha Fraternity, Incorporated.