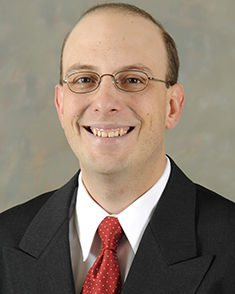 Vincent Filak, Ph.D. is an award-winning teacher, scholar and college media adviser, who currently serves as a full professor and newspaper adviser at the University of Wisconsin Oshkosh. He has published five textbooks in the field of journalism, including “Dynamics of Media Writing” (Sage, 2015), “Convergent Journalism” (2nd Edition; Focal, 2015) and “Dynamics of News Reporting and Writing (Sage, 2018). His sixth book, “Dynamics of Media Editing” is due out in 2019-20.

In 2016, Filak received the Distinguished Four-Year Newspaper Adviser award from the College Media Association for his work with the Advance-Titan, UWO’s student newspaper. CMA previously honored him as an Honor Roll Recipient for his work as the adviser of the Daily News at Ball State. The National Scholastic Press Association presented him with its highest honor, the Pioneer Award, in 2012, “in recognition of significant contributions to high school publications and journalism programs.” He is a founding member and current president of the Wisconsin College Media Association, which works with campus newspapers throughout the state. He was the previous two-term executive director of the Indiana Collegiate Press Association, serving from 2006 to 2008.

As a student at UW Madison, he served as a city editor and business manager for the Daily Cardinal. In 1995, he helped resurrect the Cardinal through the savvy negotiation of more than $137,000 worth of debt. His efforts landed him on the list of the paper’s 110 Most Notable Alumni, which was released in 2002. Prior to his arrival at UWO, he served on faculty at Ball State University and also taught courses at the University of Missouri and the University of Wisconsin-Madison. He also previously worked for the Wisconsin State Journal and the Columbia Missourian newspapers.

He lives in Omro, Wisconsin with his wife, Amy, and their daughter, Zoe.